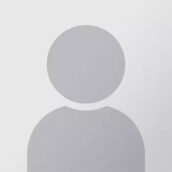 Marina Krasitskaya started her medical carrier as an EMT, and later became a 911 paramedic serving the population of NYC in the Bronx and Manhattan.  While working full time, she became an RN, and continued her carrier in Beth Israel Mount Sinai Emergency Department. She worked as an emergency room RN for thirteen years, and is so proud that she learned from great doctors and nurses all those years.  In 2020, Marina became a Family Nurse Practitioner. She chose to advance her medical knowledge in the field of Hematology Oncology, and has worked full time as an NP in Hematology Oncology in Brooklyn. Prior to living and working in New York, Marina and her small child came to the United States as Ukrainian immigrants looking for a better life over 20 years ago.

Have you seen this provider in the last 3 years?