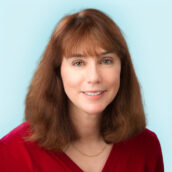 Growing up in Massapequa, NY, on Long Island, Dr. Valerie Sprenz was always intrigued in science, an interest fostered by her father, a chemist. The idea of becoming a physician first came to her after watching a PBS special titled, "The Body Human". During high school, she volunteered at Massapequa General Hospital and her interest in medicine continued to strengthen. Dr. Sprenz attended Cornell University, majoring in nutritional biochemistry, and then did research at the NY Cornell Medical Center on burn patients, using a relatively new drug at the time called recombinant G-CSF. Of note, this medication is now known as Neupogen, and is often a standard medication to help with recovery after chemotherapy. She then attended Albany Medical College, and her third year rotations convinced her that she did not like the operating room. She preferred her patients to be conscious, and in particular enjoyed interacting with children. After graduating with her degree, she did her internship and residency in pediatrics at Duke University Medical Center. Within six months of finishing her training, she returned to New York, to join Pine Street Pediatrics, a small practice in Kingston. Pine Street evolved over the years, joining Mid- Hudson Medical Group, merging with Mount Kisco Medical Group, and changing its name to CareMount Medical; but Dr. Sprenz feels as though she has been in the same practice for 20 years, and it has been a dream job. General pediatrics is by and large a happy specialty, and for her, it is wonderful to see patients grow from infancy to young adulthood, while it is bittersweet to be old enough to experience those transitions. In addition to the happy side of pediatrics, there are enough disease processes to keep her on her toes; and over her career, she has made some diagnoses that she likes to think have changed the course of her patients lives for the better. Dr. Sprenz loves reading and cooking, and  because she eats what she cooks, working out. She also loves learning languages, and considers herself respectable at Spanish, and passable in Italian and French. As for her future plans, she hopes to travel more, but expects to spend another twenty years in her current position.